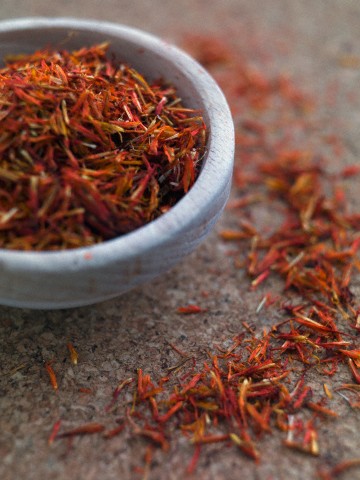 Urban and peri-urban agriculture or UPA is key to household food security, especially in times of crisis or food shortages. Due to an increased demand for food, high birth rates and migration from rural to urban areas, UPA represents a spontaneous response to tackle today’s challenge to feed the rising population.

Most of Iran’s territory is located in an arid and semi-arid region. Fulfilling water demands is not easy, especially during the last years due to the less number of precipitations. To fulfil water demands and fluctuation of yearly seasonal streams, Iranians have started developing urban agriculture for a better use of the endemic Iranian plants, particularly those which are resistant to drought - rosa, pistachio and saffron -.

This way, farmers can harvest and make income during the first three years from rose and saffron twice a year, and three times a year from all components including pistachio, after the fourth year of cultivation.

Saffron is a small plant known throughout the world for its flowers which produce bright crimson stigmas used as a spice. It is cultivated mostly in Mediterranean climates of the world today, where hot and dry summer breezes sweep semi-arid lands.

Mohammadreza Davari, YPARD Iran representative, together with other colleagues has cultivated saffron in baskets which contained vermincompost obtained from home wet wastes including fruit, vegetables and egg shell residues, with the objective of analysing the different stages of preparing vermicompost from home wastes.

By cultivating saffron in a home yard, they have also designed and made a simple device which can convert household waste and natural materials into a useful solution - a liquid fertilizer - at home with minimal cost.

Would you like to grasp more about the outcomes of this Mohammadreza’s project? Click here to read his article “Organic Urban Agriculture in Dry Agro-ecosystems.”

Preparing the workshop on Young scientist for Agricultural Development in Vietnam, 16 September 2011