From the director's desk 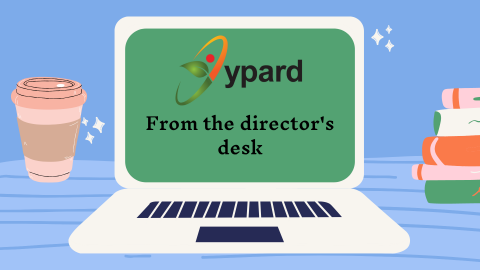 The first five months in office have flown by. I already feel YPARD has been my home for much longer than these few short months. My heart is still with all of you who are experiencing challenges due to COVID-19, but also countless other natural and political disasters which are sweeping the world. YPARD is here to show solidarity and to be a network for making the world a better place.

After speaking with many of you one-on-one, reviewing internal audits and membership surveys, your new Network Engagement Coordinator, Glindys Viriginia Luciano, and I have set our sights on some meaningful projects. After all, we are here to serve you, our members! Our goal is to reinforce the foundation of YPARD so that we here at the Global Coordinating Unit (GCU) can support those fantastic initiatives you all as YPARDians are here to achieve.

Always be in touch when the YPARD GCU can support your efforts in any way. Would you like to apply for a grant to make your ideas a reality? Don't hesitate to identify opportunities and reach out to us for support. We're also here to brainstorm!

My vision for YPARD is to make youth the next cross-cutting theme in global agricultural dialogues and agendas. As such, we need to get youth a seat at the table, whether that's at the policy-making table or the management of the farm! Our activities center on that goal.

Look at our summary below for a list of highlights of the GCU's recently accomplished and upcoming activities.

In solidarity and with humility,

Some highlights of our global activities at the GCU...

In the area of advocacy:

In the area of knowledge management:

In the areas of professionalization and network engagement:

In the area of Fundraising: