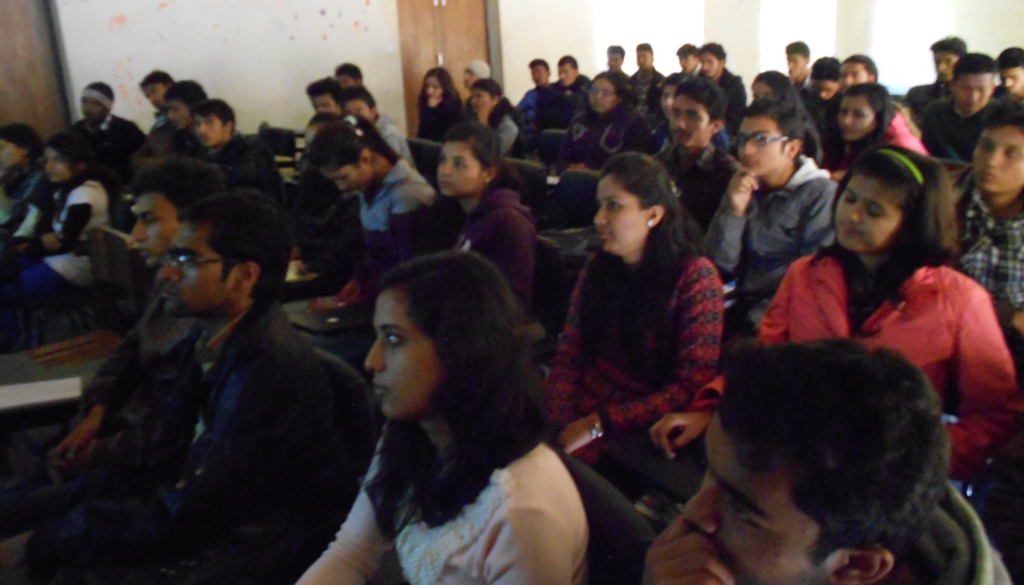 Youth are messenger of excellent source of ideas and innovation. Investing in young people on improved access to training, capacity development and facilitating to use of appropriate technology will have the best effect to attract more youth in agriculture. On these days, information and communication technologies (ICTs) have been key tools for knowledge sharing and networking in development of agriculture globally.

In this regard, YPARD Awareness Campaign (YAC) was designed to promote YPARD in different agricultural colleges of Nepalese universities. Additionally building a students networking to organize further program also falls under its strategic objectives.

Its near to six months ago, when I knew about YPARD and started to write up blog posts on the website. Marina and Nawsheen are two friends, who motivated me primarily to identify my path in YPARD. As soon as back from GCARD2, I started to make university level institutional connection of four different agricultural colleges to the YPARD. It is at initial level in Nepal and I thus need to promote at first why YPARD is necessary and how it works. Taking these actions in mind, I went to the respective colleges and made discussions on YPARDs objectives with respective contact persons and they finally agreed.

The program overview of YAC primarily comprised with YPARDs general presentation. Besides this information on social media, agriculture based scientific article sharing site (http://agritext.com) and Alltech Young Scientist Program were also included. The series of event was started with 4th December in Paklihawa Campus (113 participants), 5th December in Lamjung Campus (91 participants), 14th December in Himalayan College of Science and Technology (47 participants) and finally on 29th December, 2012 in Rampur Campus (45 participants).

The main hindrance to organize such type of events in college level is that existing student group belongs to some political ideology. So I thought, it will be better to coordinate with college although program was directly intended to the students. Similarly the event was self funded and there was limited internet connectivity in colleges. Thus I opted members registration by tracking of on-the site and on-the ground through an excel sheet.

During the program, two representatives (male/ female) from each four colleges were selected. They will be trained by enhancing capacities to conduct program and promote network in their local level. Swarnima KC, the participant from Paklihawa campus, shared her words as, I am keenly interested to involve in the organization which could explore the students inner talents, their experiences and knowledge for the betterment of agriculture and attract youths towards scientific agricultural practices as well.

The shared program could be considered as satisfactory through post event analysis. There is increased number of users in YPARDs website, facebook group and facebook page. Similarly they are more familiar with social media in these days and regularly in touch with me regarding discussion of YPARD.

The success of YAC added my interest to engage on more activities in my home country by making effective networking among agricultural students from different universities which could attract local, national and even global attention. Keeping in mind about wider involvement of young professionals to innovate research opportunities and formulate policies, I am in regular touch with different stakeholders and thinking about how they will be able to work with YPARD. With my colleagues and seniors, we are developing our ideas and trying to conduct a national level workshop in 2013 to give youth led policy in agriculture sector of Nepal.

Have a look at the pictures on YPARD Facebook album: YPARD Awareness Campaign in Nepal.