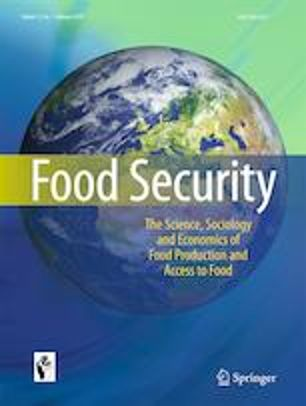 Under the theme "No more left behind: rural communities in times of transitions", the Foundation for South-North Mediterranean Dialogue in association with the Global Forum of Agricultural Research (GFAR) and the Bibliotheca Alexandrina organized the Second Preparatory Meeting for the 2015 Global Congress during the period November 8-9, 2014 in Alexandria, Egypt.

Soliman Ayash and Yasmeen Sobhy, Egypt-based members of YPARD, were invited to participate in the meeting to particularly reflect on the challenges that Egyptian youth in rural communities face and the potentials for the empowerment of young people involved in agriculture in Egypt during the ongoing transition in the country. While Soliman is a lecturer and researcher in rural development whose research focuses on the development and integration of rural and bedouin communities in Egypt, Yasmeen leads a non-government organization that focuses on the empowerment of youth and females in agricultural and rural development in Egypt.

The main goal of this meeting was to discuss ways of diagnosing the challenges of agricultural communities in North and South Mediterranean countries that are going through economic or political transitions, in an attempt to find ways to integrate these communities and to ensure that they would not be left behind.

After the opening ceremony, participants discussed in the first session how agricultural policies influence the development of rural communities in the Mediterranean countries. Discussions during the second session revolved around the role of education and capacity development as well as access to services and infrastructure on rural investment and employment opportunities to rural communities.

During the afternoon session, a number of case studies and good practices on a wide range of topics related to rural development were presented with the aim to share experiences and lessons that could be implemented in other countries of the Mediterranean. These case studies included, among others, DANONE-Care international milk collection communities, El Qayat model for manufacturing furniture from palm midribs, SEKEM integrated community development, Kafr El Arab model for producing untraditional cattle fodder from agricultural residues, and the agribusiness CEOSS experience with small farmers.

The second day of the meeting began with a session themed “inequalities and rural exodus” and included presentations given by experts from ICARDA, FSNMD and a number of regional think tanks as well as a Jordanian farmer organization. This was followed by a panel session on the sustainable use of natural resources and the impacts on food security, biodiversity and health and nutrition in the region.

The speakers of this session included the former minister of agriculture in Egypt, Professor Ayman Abouhadid, and Dr. Mark Holderness, GFAR Executive Secretary. At the end of the second day, participants took part in an open discussion about different issues that were raised and discussed during the meeting that was followed by reporting the main conclusions and a presentation of the congress and future meetings.

The role of networks in promoting food system transformations