Awareness about agriculture is steadily gaining momentum among young people in Africa- particularly in Nigeria.

Concrete efforts are being made by governments and the private sector including, NGOs and civil societies, on possible ways to engage and make youth the main drivers of agricultural transformation in Africa.

Participation of youth in agribusiness along the agricultural value chain has been identified as a potent mechanism to stir the growth of economies of most African countries. The 2015 Alliance for a Green Revolution in Africa (AGRA)s Annual Agricultural Status Report pointed out that, there exists a pressing need to promote growth in sectors such as agriculture that can absorb the exploding youth population in the continent. This is a strategic way of reducing food and nutrition insecurity in the continent.

Slowly but consistently, challenges that had otherwise discouraged young people from practicing or pursuing careers in agriculture such as lack of mentors, poor access to inputs, unfriendly government policies, bottlenecks in accessing finances and technical services are being removed. At the forefront of these smart changes are development research organizations, donor agencies, NGOs, country governments, organized private sector and the global platform for youth in agriculture  The Young Professionals for Agricultural Development (YPARD).

In the Nigerian context, where the country is known as the largest economy in Africa, agriculture contributes about thirty percent to her GDP. Amazingly, the bulk of agricultural production in the country comes from the North (north-central, north-east and north-west) due to large the expanse of flat arable lands that allow for mechanization and good irrigation system. However, a larger population of agricultural professionals and practicing farmers are of the older generations. This does not speak well for a country with a median age of 18.9 years, 59.6 percent literacy, 40.6 percent unemployment and 58.6 percent underemployment as quoted from National Bureau of Statistics.

For a proper enlightenment and engagement of young professionals, the YPARD Nigeria chapter in conjunction with the Students Representative Council of Ahmadu Bello University, Zaria, Nigeria, put together a day symposium on 7th April 2018 with the theme Youth in the Nigerian Agriculture. The symposium was held at the assembly hall of the university.

For YPARD, the symposium was an avenue to introduce to the nearly two hundred attendees the vision, objectives, and opportunities of YPARD. Participants were charged to take over the helm of affairs of agriculture from the old and aging professionals. It was reiterated that except the young people who make up about sixty-five percent of Africas population get involved, they would be the worst hit by the looming food crises predicted to occur in the next decade. This prediction came from a 2017 TEDx talk by Sara Menker of Gro Intelligence. In her words, she said, the level of food production might not meet up with the fast-growing population and the accompanying huge nutrition requirements leading to a global food crisis by 2027.

Ayodeji Rauf, the YPARD representative for North-West Nigeria at the event explained the importance of YPARD being a strong movement and a potent platform that is already leading positive disruptions, transforming agriculture, and championing a new cause for agricultural innovations and development in the over one hundred and sixty-eight countries. He further stated that many young professionals and stakeholders should ride on the wings of YPARD- the wide network of professionals to achieve their dreams of having thriving careers and businesses in the agriculture value chain and agribusiness. 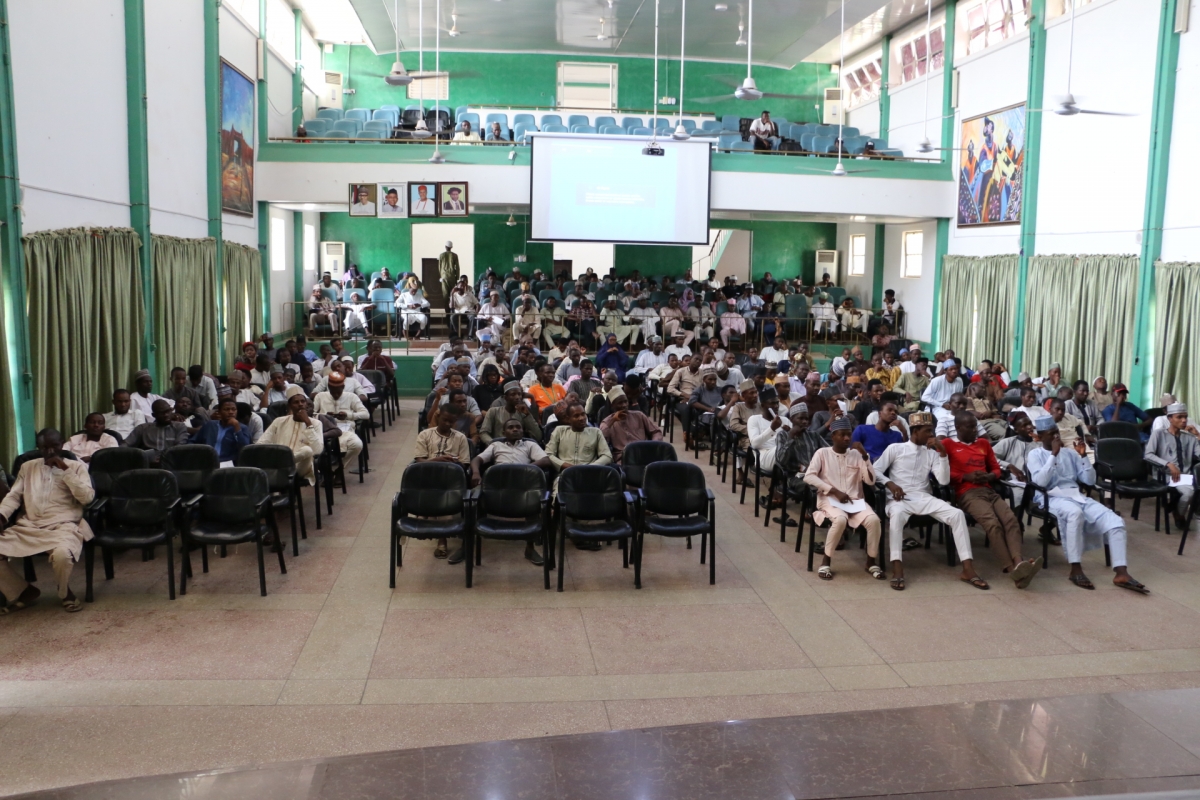 By the end of the meeting, many attendees who were willing to join the network received satisfactory answers to varying questions on the benefits of membership of the network, how to join the movement, who can join and among other concerns. Participants found the gathering very insightful and timely.

Going forward, arrangements have been made to set up logistics and timetables for future meetings and training for YPARD members around North-West Nigeria. This is being done in collaboration with the Institute for Agricultural Research, the National Agricultural Extension Research Liaison Services and the Students Representative Council of the Ahmadu Bello University, Zaria, Nigeria.

Want to run a mentoring program? This toolkit will show you how

Promotion of Agro-tourism and Agribusiness to young people

The Success of Women-led Agribusinesses in Africa

The Restoration of Irrigated Agriculture in Ukraine

Investigation of the Movement of Moisture After Harvesting Winter Wheat in a Ball of Soil 300 mm with Different Soil Cultivation Technologies: No-Till, Mini-Till and Classic Technologies with Plowing