This blog post emerged as one of the five winners of the YPARD/AGRINATURA/AgriSciences Platform E-Competition: SHARE YOUR STORY! for the MSc and BSc Category. The competition which was tagged your Research your Story! aimed to help students have a better sense of ownership of their research and to communicate the most important parts of their research in a creative easy to read storytelling way.

The journey of my diploma thesis at the Faculty of Agrisciences, Czech university of life sciences began in 2019 after meeting with my supervisor. I was primarily interested in how the value chain system affects most small-scale farmers as we mostly know that the major problem with food sustainability is associated with agricultural marketing.

The journey continued with further discussions and proposal submission, then it was concluded. I had to go to Kenya, and I had to work with cashew farmers, I was excited and nervous. I have never been to Eastern Arica, and I must travel 15 hours by air to meet my cashew farmers; I had many questions and many fears (I am not so much of an airplane person, I am acrophobic) Nevertheless, I was courageous and determined.

In 2020, the plan to travel was truncated by the pandemic, I was somewhat relieved, but little did I know that It was the beginning of a significant and uncomfortable change in my thesis. I initially planned to meet the cashew farmers in Kenya's coastal region for some interviews and questionnaire administration to focus on the challenges they encounter concerning their cashew. But this had to change.

My thesis topic changed, and I had to rely on the data I had no control over now, I had to rely on Kenya-based field officers to get my answers from the small-scale farmers in Kenya's coastal region. My focus abruptly changed from the problems of the value chain, and I had to focus solely on analyzing the factors that affect the performance of smallholder cashew farmers in coastal Kenya while also benchmarking the performance and constraints of the cashew value chains in Kenya in the context of selected cashew value chains in Africa.

In this new focus, I was able to: describe the cashew value chain in Kenya compare the basic production characteristics, the value chains, and constraints of Kenya cashew sector with the Ivory Coast and the united republic of Tanzania using some basic data description from FAOSTAT and assess the socio-demographic factors, farm characteristics and external and institutional factors that affect the productivity of smallholder cashew farmers in Kenya.

I initially thought it was going to end up being complicated. However, with the data I had, I was still able to make some findings and interesting conclusions highlighted below (Just in case you are interested)-Comparing the performance of Kenya with Ivory Coast and Tanzania in the African context, Ivory coast is the highest performer followed by Tanzania in terms of the total cashew area harvested, the yield of cashew and export of cashew. Unlike Kenya, the Ivory Coast and Tanzania governments have established councils responsible for regulating the cashew value chain, hence the reason for the low performance of cashew in Kenya.

Using the ordinary least square regression, I found out that the respondent's age, educational level, farm size, and price per Kg of cashew have a positive statistical influence on the performance of smallholder cashew farmers in Kenya. However, the distance that farmers spend to the market negatively affects the performance of the smallholder cashew farmers. With these essential conclusions, I came up with some great policy recommendations so as they enhance the performance of cashew in Kenya and in turn, face their significant competitors in the global market while also meeting the great demand for cashew nuts worldwide (This means more cashew for us here in Europe hahaha).

Even though I could summarize my thesis research in this blog, you should know it took a great deal of hard work and 60 pages of writing, charts, figures, and tables (No plagiarism, hahaha). There is my research story, I hope you enjoyed it as much as I enjoyed writing my final thesis, and I do hope you learn to treat cashew with much respect as I now do. I appreciate one of my friends for his excellent assistance (He knows who he is). Whew! 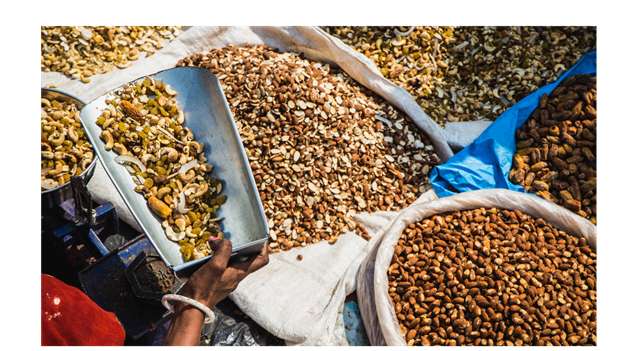 Omolola, you did a great job and I'm proud of you, I know you have elicited a brave information for the agro investors to key into. Keep the good work going

0 Cancel Reply
Omolola, you did a great job and I'm proud of you, I know you have elicited a brave information for the agro investors to key into. Keep the good work going
Cancel Update Comment